Congress can reduce the impact of the filibuster by creating more issue-specific limitations on debate. Throughout its history and especially since the 1970s, Congress has periodically passed laws that include statutory limitations on debate for specified subsequent pieces of legislation. Limiting the amount of time that a future measure can be debated effectively protects that bill from a filibuster; rather than needing to invoke cloture to end consideration, the time cap ensures that debate will come to a close.

Examples of legislation that is protected from a filibuster by means of a statutory limitation on how long it can be debated are plentiful. Particularly well-known and consequential instances of such procedures are those for adopting the annual budget resolution, ratifying certain trade agreements, overturning regulations under the Congressional Review Act, and passing certain budgetary legislation through the budget reconciliation process.

In each instance, Congress, at some point in the past, wrote into a regular piece of legislation language that caps debate in the Senate on a future bill at some number of hours (i.e., for reconciliation bills, the limit is 20 hours). Statutory limitations on debate are often but not always accompanied by other procedures meant to ease a measure's path through the chamber, such as special methods for bringing a bill out of committee, processes for opening debate, and restrictions or outright prohibitions on amendments. Expanding the use of this approach to limiting the filibuster would involve adopting more of these kinds of procedures through the regular legislative process.

In general, existing examples of these procedures can be divided into two categories. The first are situations in which Congress seeks to avoid blame for making a politically difficult choice and sees enacting a limitation on debate as a way to ease passage of a proposal developed by a designated actor who is often, but not always, outside the chamber. One example of this type of expedited procedures are those used to consider proposals to close obsolete military installations between the late 1980s and the early 2000s. The second set of circumstances in which Congress has often created statutory limitations on debate is as a way to increase the legislative branch's capacity for overseeing actions by the executive branch, such as the procedures under the Arms Export Control Act that allow Congress to overturn a proposed arms sale.

Statutory limitations on debate ease the passage of specific pieces of legislation by protecting them from a filibuster. Because they are created in advance of the consideration of a particular bill covered by them — the reconciliation rules, for example, date to the Congressional Budget Act of 1974 — there is some degree of predictability around how these limitations will unfold in a given situation. In addition, because debate limitations are often paired with procedures expediting other elements of consideration, they eliminate other opportunities for obstruction as well.

Substantively, limitations on debate can help Congress take action that it would be otherwise less likely to take successfully if only regular order procedures were available. Consider, for example, the expedited process that has been used periodically for ratifying trade agreements. By limiting debate on and amendments to these pacts, the procedures protect a carefully negotiated deal that is likely to impose concentrated costs on some industries and geographic areas from unraveling during floor consideration.

The principal challenge to reforming the filibuster by establishing statutory limits on debate for particular pieces of legislation is that creating these exceptions themselves requires overcoming the threat of a filibuster; because limitations on debate are included in regular legislation that Congress passes, adopting them in the contemporary Senate requires 60 votes to invoke cloture. When expedited procedures have been created in the past, senators have seen the benefits to them and — especially for the rules that help them check the executive — the institution as big enough to prevent a filibuster of the legislation creating the new procedures. But convincing 60 senators to limit the filibuster, even for specific issues, is a challenge.

Beyond the task of creating these exceptions, they are obviously limited in their scope to the specific measures they are designed to cover. Indeed, this is one of the key elements that occasionally makes creation of these limitations possible: that they are seen as applying to very specific situations and that they are drafted in ways that limit the degree to which they can be used to accomplish any other legislative ends. In addition — as we see with the development of the Byrd Rule as part of the budget reconciliation process — when loopholes emerge, Congress has acted to try to limit them.

Finally, for limitations on debate that are meant to enhance Congress's ability to oversee actions by the executive branch, the Supreme Court's 1983 decision in INS v. Chadha reduced their effectiveness. Prior to the Court's holding, measures adopted using expedited procedures that would overturn an executive action could be concurrent resolutions, meaning they did not need to be signed by the president. Since Chadha, however, Congress has been required to use joint resolutions for this purpose. This has effectively increased the required level of congressional support to the two-thirds veto override threshold, as a president is unlikely to sign a bill overturning an action he or she has just attempted to take unilaterally.

Molly Reynolds is a senior fellow in Governance Studies at the Brookings Institution, where she studies Congress, with an emphasis on how congressional rules and procedure affect domestic policy outcomes. She is the author of Exceptions to the Rule: The Politics of Filibuster Limitations in the U.S. Senate (Brookings Institution, 2017) and holds a Ph.D. from the University of Michigan and an A.B. from Smith College. 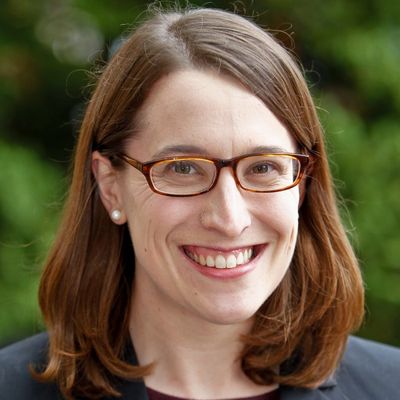