One way to make the Senate much more efficient is to revitalize its motion to suspend the rules, thereby making it easier to set the terms of floor debate and, if necessary, to pass legislation by simple majority vote. This reform would require a simple majority vote creating a new parliamentary precedent interpreting Senate rule V consistent with its intended purpose: allowing senators to legislate without being stalled by filibustering or procedural roadblocks.

Both House and Senate rules provide motions for members to suspend the ordinary rules governing floor debate and allow expedited action on legislation. In the House, this rule has been used to pass uncontroversial bills after 40 minutes of debate and requires a two thirds majority.

The Senate has a similar rule, but it has not been used in a similar way to facilitate the passage of legislation. Senate Rule V allows motions to suspend the rules, but they must be offered in writing a day in advance and identify the rule(s) to be suspended. Rule V does not specify a threshold for suspension of the rules, and by default this would typically imply that a simple majority is required. However, a two-thirds majority has been required under a 1915 parliamentary precedent.

How could senators revise the motion to suspend the rules in a way that would relieve the current gridlock? Setting several new precedents or changes could make Rule V more effective.

Suspension of the rules offers a solution to the broader problems of Senate obstruction and its inefficient agenda-setting practices. By “agenda-setting”, I mean the selection of bills and nominations to debate, and also structuring the debate on bills — how long bills and amendments will be discussed, whether amendments must be germane, how many amendments may be offered, who will offer them, and in which order.

For those looking to ease gridlock driven by current application of the filibuster, simple majority suspension of the rules is aligned with historical uses of the rule, it allows a majority to govern, and it empowers the majority to limit “retaliatory strikes” by an embittered minority party in response to reforms. Even if the threshold to suspend Senate rules remains at two-thirds, however, it can still be used to set the Senate's agenda much more efficiently. One of the underlying causes of Senate dysfunction is the chamber's reliance upon unanimous consent agreements (UCs) to structure floor debates. The Senate has used UCs to organize its floor proceedings for over a century, relying upon senators' goodwill and mutual restraint to run the day-to-day operations of the Senate in a bipartisan manner. The alternative is to try to apply the standing rules of the Senate to set the agenda and guide debate, and senators seem to find this approach unworkable.

In particular, the Senate lacks a formal process other than UCs for deciding which amendments shall be considered, the order in which amendments are considered, and when votes will be held. This would continue to be true even if filibuster opponents got their fervent wish and the cloture rule was modified by precedent to only require fifty votes to limit floor debate on legislation. With that change alone, the Senate would not become a “majority rule” institution, nor would it “kill the filibuster.” The Senate cloture rule (Rule 22) is designed to be hard to use on a regular basis. There is a two-day time lag between filing a cloture motion and voting on it, and even if a cloture motion succeeds, Rule 22 allows up to 30 hours of debate. Furthermore, a bill can currently be filibustered at least twice (motion to proceed, floor debate) and possibly several other times before final passage (individual amendments, going to conference, conference report). As with the current nominations process, simple majority cloture can allow a majority to dictate outcomes, but only at an excruciatingly slow pace. A revitalized motion to suspend the rules allows a more comprehensive shift in the way the Senate works by addressing the Senate's broader agenda-setting problem.

If senators adopt a simple majority threshold for suspension of the rules, this reform grants the majority party leadership in the Senate even more procedural power than the Speaker of the House. While the Speaker must work with the Rules Committee to set the floor agenda — often on terms limiting the ability of the minority party to offer amendments — the Senate majority leader would be able to make motions to suspend the rules without any formal mechanism requiring prior consultation with the majority party membership, much less the minority party. The majority leader would still have to gain the support of a floor majority for these motions, but this would force majority party members to defy their party leader in public.

Consequently, senators may wish to pair this reform with some binding commitments to open debate and, especially, guarantees of the right to offer floor amendments. The House of Representatives has clearly demonstrated the risk of relying upon the majority party to be fair, as both parties — when they are in the majority — have demonstrated a declining commitment to open debate. Alternatively, senators can streamline Rule V to allow nondebatable agenda-setting motions, but leave the two-thirds threshold in place so that bipartisan cooperation is required for the motion to succeed.

Gregory Koger is a Professor of political science at the University of Miami, where he specializes in legislative politics and political parties. Koger is the author or co-author of numerous books and articles on parties, lobbying, and Congress, including Filibustering: A Political History of Obstruction in the House and Senate, which was awarded the 2011 Fenno Prize for the best book on legislative studies, and Strategic Party Government with Matthew Lebo. 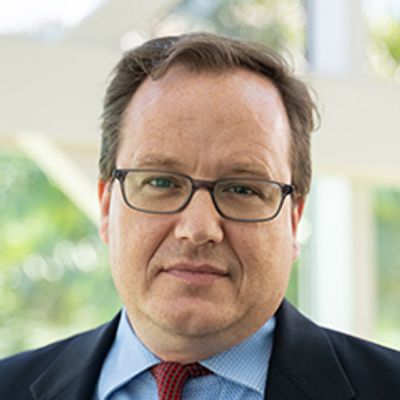