The simple part of this reform proposal is to flip the numbers; rather than the current system requiring 60 senators voting to end debate and move to action, it would require 41 senators to continue debate. If at any time the 41 are not present, there would be a move to an expedited vote. Add this requirement to the talking filibuster, and opponents of an action would have to maintain 41 senators on the floor at all times to keep it from occurring.

In practice, this proposal would dramatically reduce the number of filibusters begun when a senator denies unanimous consent to proceed and signals the need for the majority to file a cloture motion. This currently requires nothing more than a signal to filibuster. The proposed reform would raise the bar much higher. It would also require the minority to be deeply committed to blocking the legislation; they would have to have 41 senators either on the floor or nearby night and day, weekends, Mondays and Fridays to prevail.

This is much more aligned with prior practice. The fact is that the filibuster put the burden on the minority until a reform in 1975 changed the required number of senators from 2/3rds of those present and voting to 3/5ths of the entire Senate. Since then the burden has been entirely on the majority, a perversion of the filibuster's purpose. This reform would fundamentally restore it to the way it was utilized for most of the Senate's history.

This proposal alone would not necessarily require that the minority actually engage in a talking filibuster – continually having a speaker on the floor to continue debate. However, the two could be linked.

If a filibuster were to be attempted, it would shed a lot of light for the public on the issue at hand. If the Senate brought the body to a halt and stayed in session debating around-the-clock, filibusterers would have to continuously debate the issue germanely.Opponents would have to discuss over and over why they are opposed to universal background checks on guns that are supported by over 90 percent of Americans. Right now, the issue either does not come up because it won't prevail, or it gets no media attention because legislation that is filibustered goes away without action.

This proposal still preserves the ability of a minority to slow or even block legislation it views as worth the effort. Particularly if the reform did not include the talking filibuster component, it would still enable the minority to sustain its position for a long time. The majority would have to work hard to prevail, including bringing all other Senate business to a halt for weeks on end, and to have many of its own members required to be in or around the Capitol on weekends, in the wee hours of the night and morning and more.

Norman J. Ornstein is a senior fellow emeritus at the American Enterprise Institute (AEI). As part of his work on political reform, including reform of the House and Senate, he played a part in creating the Congressional Office of Compliance and the House Office of Congressional Ethics. Dr. Ornstein has a PhD and MA in political science from the University of Michigan and a BA from the University of Minnesota. He was elected fellow of the American Academy of Arts and Sciences in 2004. 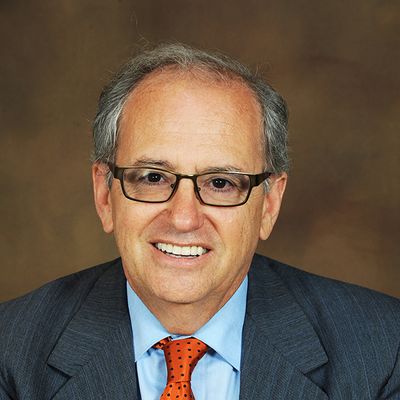