The Senate's Rule 22 (known as the “cloture rule”) today requires sixty votes to cut off debate on legislative measures and motions. The Senate could reform its cloture rule by adopting a sliding scale of successive votes to cut off debate, starting at sixty votes and lowering the threshold after each failed vote, eventually reaching a simple majority requirement to end debate. The reform would slow down the process of limiting debate — which would grant the minority opportunities to debate or amend legislative measures and motions — while ensuring that a Senate majority could eventually take final action on the Senate's pending business.

The proposal seeks to recalibrate the Senate's imbalance between protecting minority rights and allowing majorities to rule. One way to empower a Senate majority — without running roughshod over the rights of the minority — is to adopt a sliding scale of votes to cut off debate (technically, to “invoke cloture” under the Senate's Rule 22). After each failed cloture vote, the number of votes required to invoke cloture would decline. Such a ratcheting down of the cloture threshold was long ago proposed by Senators Tom Harkin (D-Iowa) and Joseph Lieberman (I-Conn.), who advocated a sliding scale of sixty, then fifty-seven, then fifty-four, and finally fifty-one votes to end debate on measures or motions unrelated to changing Senate rules.

In exchange for a sliding scale of cloture votes, the Senate would tie the length of advance notice before each cloture vote to the number of votes required for cloture. Under the current Rule 22, roughly two calendar days must elapse between the filing of a cloture motion and the vote on cloture. Under a sliding scale, the fewer the votes required for cloture, the longer the advance notice of a cloture vote. Some senators in the past proposed quite lengthy advance notice periods: Senator Paul Douglas (D-Ill.), for example, suggested in 1957 that fifteen days should elapse between filing a motion and voting on cloture. The contemporary Senate would be more likely to establish a shorter advance notice period before each cloture vote, perhaps sticking with the current two day period before filing and voting on cloture.

Under this reform, a minority of the chamber could slow down a majority's agenda, but would no longer be able to dictate to the majority which measures and motions would secure an up or down vote on the Senate floor. Ratcheting down the number of votes required for cloture would grant cohesive majorities a parliamentary right to set the chamber's agenda. At the same time, majorities would have to stick together through a sliding scale of cloture votes, compelling Senate majorities to act more judiciously than House majorities are often wont to do.

Defenders of the filibuster have long held that extended debate is an essential part of Senate tradition. This reform would protect that minority right by guaranteeing significant blocks of time (possibly weeks, depending on the advance notice requirements for a cloture vote) for senators to make their case to the public. The minority could use that time to reframe the debate and build support for their position — whether they sought to amend a majority's proposals or to block them. In theory, knowing that the majority could eventually invoke cloture by simple majority vote could compel the minority to participate in crafting a bipartisan bill.

First, senators today show little appetite for spending long hours or days debating legislative measures on the floor. Guaranteeing extended debate with each successive cloture vote could leave the Senate in legislative limbo waiting for each cloture motion to ripen for a vote. And in today's highly partisan, competitive electoral environment with control of the Senate at stake, devoting days to debate might merely offer the parties opportunities to message their priorities, rather than legislate potential solutions.

Second, Senate majorities would run the risk of consuming valuable floor time that could otherwise be spent advancing other priorities. Majorities would likely face pressure from constituencies outside the Senate to put aside filibustered measures and move on to priorities that might command stronger support.

Third, it takes a two-thirds vote to cut off debate on measures or motions related to changing Senate rules. No contemporary minority party is likely to favor a sliding scale reform. That means a Senate majority party would likely have to use a set of procedural steps known as the “nuclear option” to impose the reform by simple majority vote. And if majorities are willing to “go nuclear” to impose a sliding scale, why wouldn't the majority just go nuclear and directly impose simple majority cloture? Such a move of course would likely preclude any olive branch to the minority that guarantees an elongated advance notice period before each cloture vote.

Sarah Binder is a Professor of Political Science at the George Washington University, where she specializes in Congress and legislative politics. She is also a senior fellow in Governance Studies at the Brookings Institution. Binder is the author or co-author of numerous books and award-winning studies and an editor of the Washington Post's Monkey Cage blog. 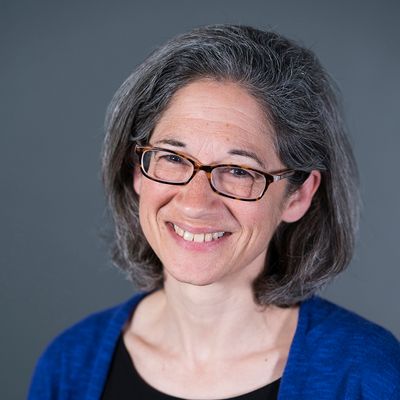 Reform the Motion to Suspend the Rules
Democracy Reconciliation